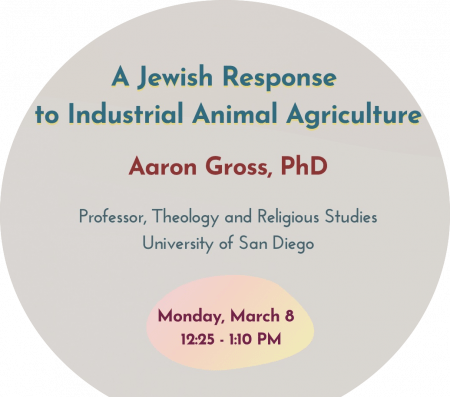 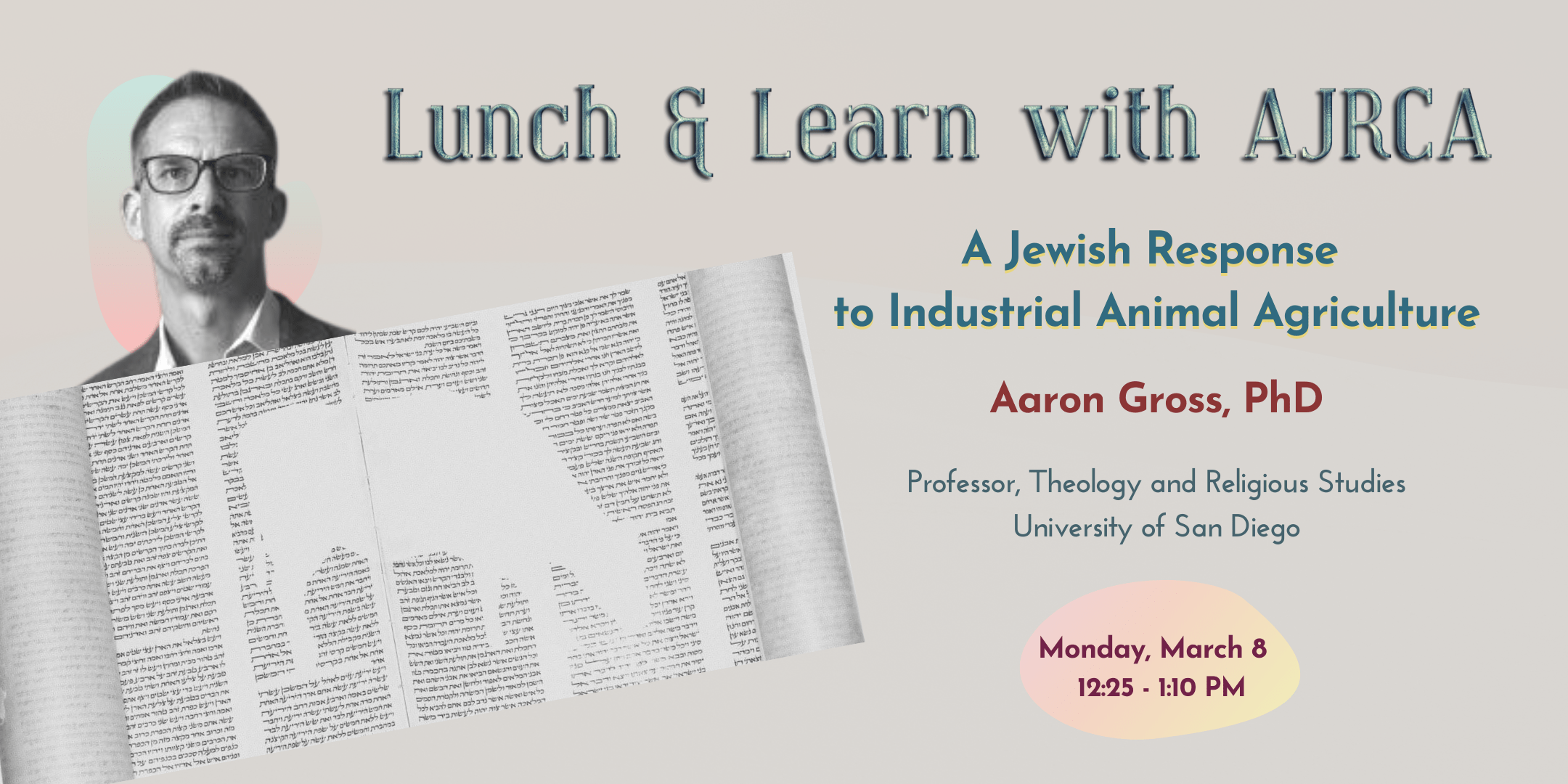 Join us on Monday, March 8th at 12:25pm PT for “A Jewish Response to Industrial Animal Agriculture” with Aaron Gross, PhD, Professor, Theology and Religious Studies, University of San Diego.

Aaron S. Gross, PhD, has played a leadership role in a wide variety of national and international farmed animal welfare campaigns in the Americas, India, and the Middle East since the mid-1990s. While collaborating with novelist Jonathan Safran Foer on Foer’s internationally best-selling critique of industrial farming, Eating Animals (Little Brown 2009), Aaron saw the need for an organization devoted entirely to ending factory farming and founded Farm Forward in 2007. Aaron has served as Farm Forward’s CEO from the beginning and grown the organization into a leading national nonprofit with seven full time staff.
Alongside Foer and director Christopher Quinn, Gross is a co-writer for the Eating Animals documentary film narrated by Natalie Portman. In addition to his advocacy work, Aaron is an internationally respected expert on religion and animals. He is a tenured Associate Professor at the University of San Diego where he teaches courses on animals and religion, food and religion, and modern Jewish thought. He has authored two scholarly books and numerous articles dealing with animal and food ethics from both religious and secular perspectives, including his critically acclaimed The Question of the Animal and Religion: Theoretical Stakes, Practical Implications (Columbia University Press 2015). Gross formerly served as President of the Society for Jewish Ethics.
0 Comments