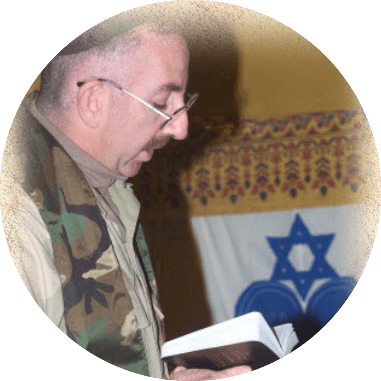 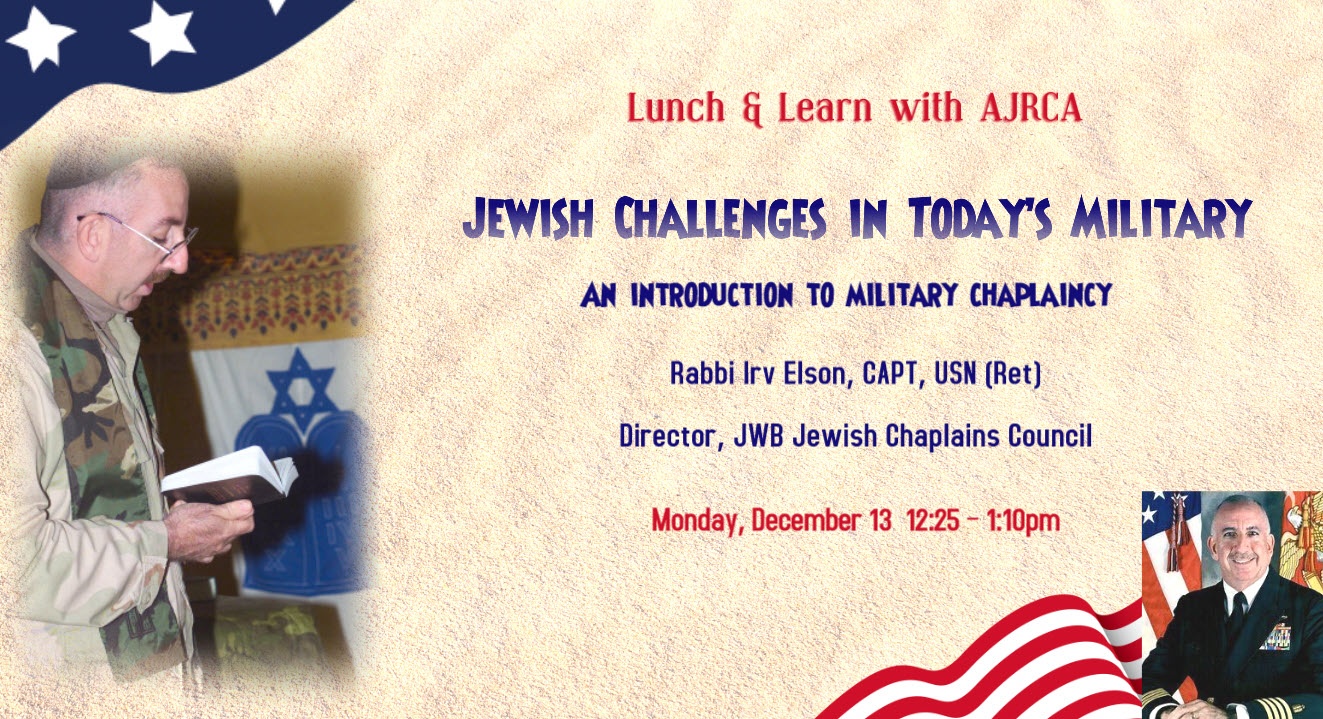 Our Speaker
Rabbi Irving A. Elson was born in Mexico City, Mexico, in 1960. He was educated at Yeshiva University in New York, and earned his AA and BA in 1982, majoring in Psychology and Jewish Studies. He entered a Masters program at the Jewish Theological Seminary of America in New York, and was awarded an MA in Hebrew Literature in 1984. During this time, he also spent a year of postgraduate study at the Hebrew University in Jerusalem from 1983-1984. The Jewish Theological Seminary of America ordained him a rabbi in 1987.

In June of 2005, Rabbi Elson became the Deputy Command Chaplain at the US Naval Academy. Rabbi Elson was selected for promotion to Captain in May of 2006. In July of 2007 he became the first Force Chaplain for Commander Naval Air Forces followed by an assignment in August of 2010 as Wing Chaplain, III Marine Aircraft Wing. Chaplain Elson returned to the I Marine Expeditionary Force as the Force Chaplain in November of 2012. During these last two tours, CAPT Elson made multiple deployments to Afghanistan in support of Operation Enduring Freedom.
In April of 2014 CAPT Elson was selected as Deputy Chaplain of the Marine Corps. Rabbi Elson retired from the Navy in December of 2016 after 35 years of faithful service.

Rabbi Elson’s hobbies include civil aviation (he holds a commercial pilot’s license with over 2500 hrs. of flight time) and cross-country skiing. He is fluent in Spanish, and Hebrew. He has been married for the past 33 years to Fran Dishler, and has three children, Jacob, 27, and Aliza, 24 and Abigail 18.