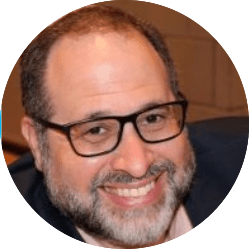 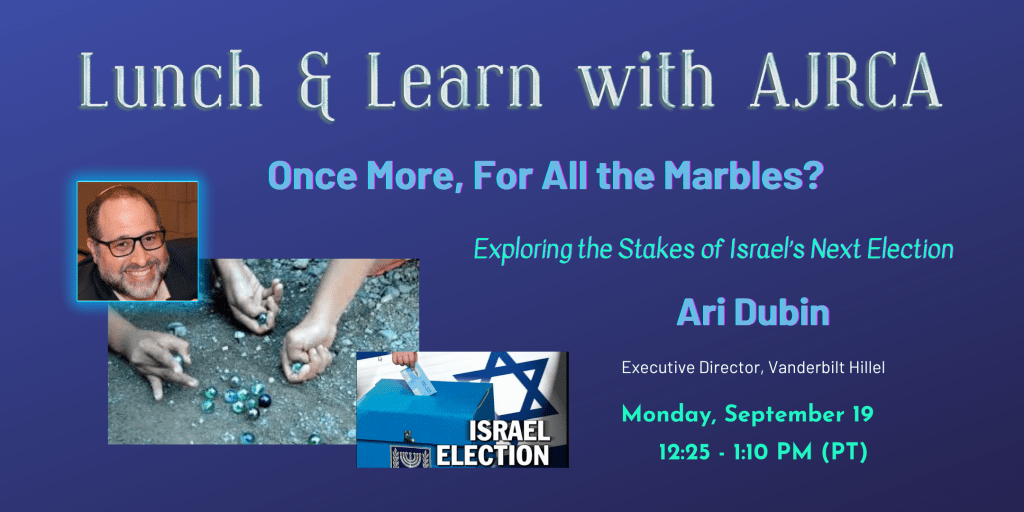 Join us on Monday, September 19th at 12:25pm PT for an AJRCA Lunch & Learn: “Once More, For All the Marbles? Exploring the Stakes of Israel’s Next Election” with current AJRCA Chaplaincy student Ari Dubin.

Our Event
With yet another Israeli election on the horizon, the unpredictable Israeli political system remains as inscrutable as ever for those used to the more straightforward politics in the United States.  Join us for a deep dive into the inner workings of Israeli politics as we explore the rough and tumble nature of the Israeli system, contrast it with the United States, and identify which major fault lines in the Israeli electorate will determine how the next government ins formed. Structured to give novices enough background to speak with confidence on the topic while also providing new insights to those with an extensive understanding, everyone will walk away with new perspectives and understandings on how to watch what comes next.

Our Speaker
AJRCA Chaplaincy student Ari Dubin has been the Executive Director of Vanderbilt Hillel since 2005.  He has spent years teaching students, as well as presenting at synagogues and Federations, on the Israeli political system, election dynamics and government formation, as well as an array of other topics.