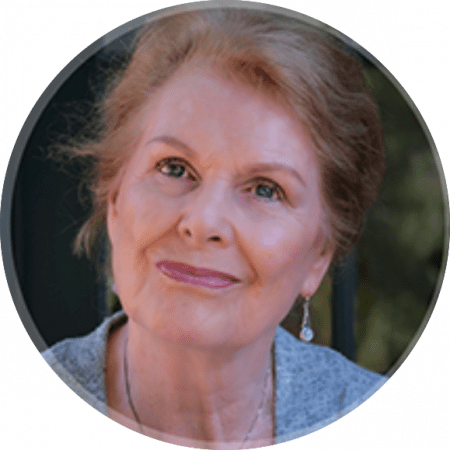 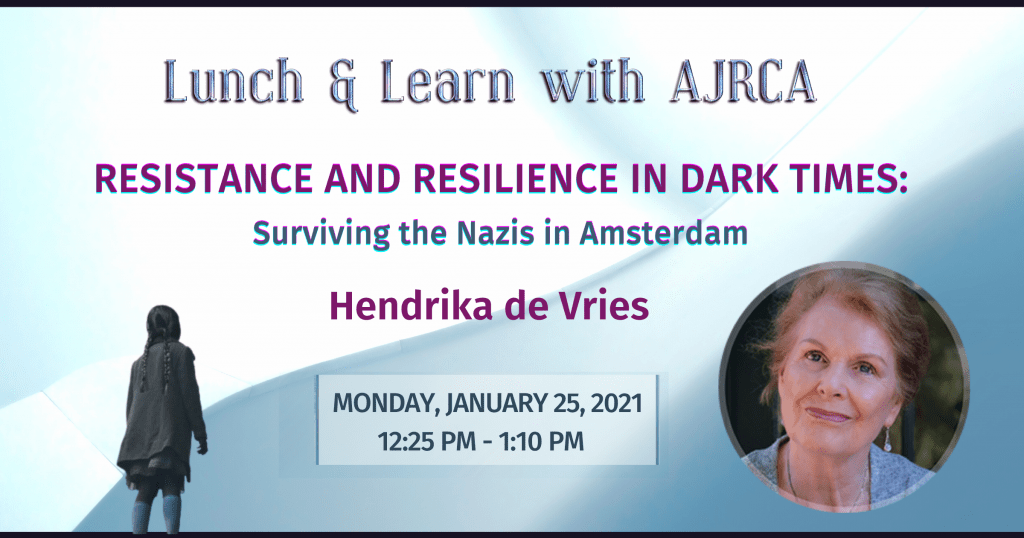 Join us on Monday, January 25th at 12:25pm PT for “Resistance and Resilience in Dark Times: Surviving the Nazis in Amsterdam” as the inspiring Hendrika de Vries shares her story with us.

In her award-winning memoir When a Toy Dog Become a Wolf and the Moon Broke Curfew (She Writes Press, August 27, 2019), Hendrika de Vries focuses on the importance of moral courage and female empowerment. A story of survival and the power of love, courage, and imagination in a time of violent oppression, Hendrika de Vries shows how the bond between mother-daughter is made stronger amidst subversive activities.

Born when girls were to be housewives and mothers, a Dutch “daddy’s girl” in Nazi-occupied Amsterdam learns about moral choice and courage when her father is deported to a POW camp in Germany. Her mother joins the Resistance and hides an older Jewish girl in their home. Freedoms taken for granted are eroded with escalating brutality by men with swastika armbands who aim to exterminate those they deem “inferior” and those who do not obey. Betrayed, her mother is interrogated at gunpoint, but refuses to give names.

Following de Vries’ journey from child- to woman-hood, When A Toy Dog Became a Wolf and the Moon Broke Curfew bears witness to the strength that flourishes despite oppression, the power of women existing beyond cultural gender roles of the time, and shows that memories hold the keys to the betterment of our future. A therapist for over thirty years, de Vries has used her experience healing the trauma of others to tap into her childhood memories of Nazi-occupation to empower others to stand up in the face of injustice.