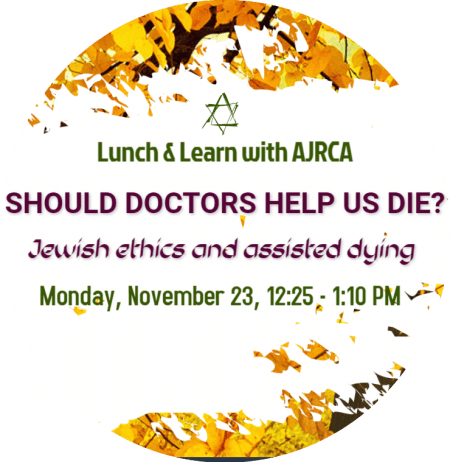 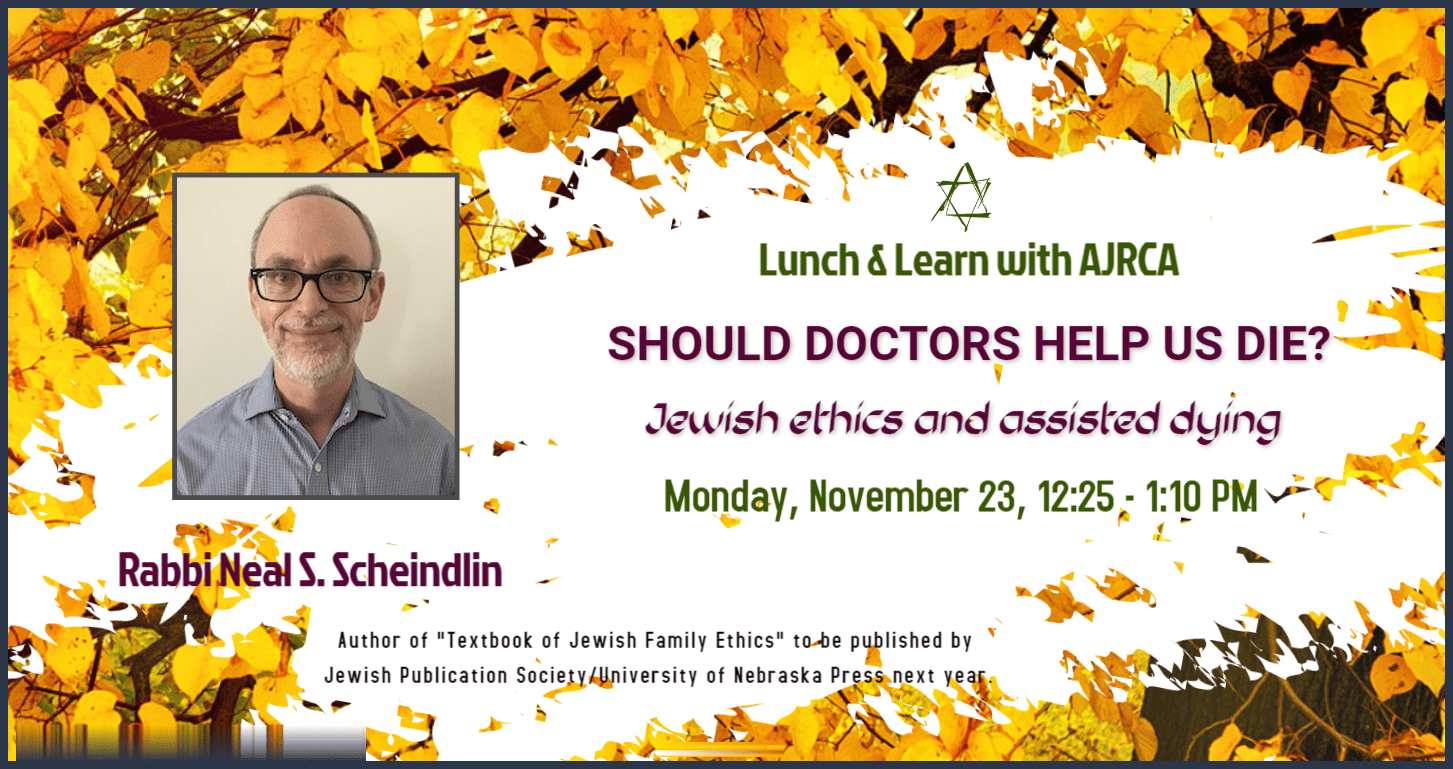 Join us on Monday, November 23rd at 12:25pm PT for “Should Doctors Help Us Die” with Rabbi Neal S. Scheindlin, author of the Textbook of Jewish Family Ethics

Rabbi Neal S. Scheindlin is an adjunct lecturer in Rabbinics at Hebrew Union College-Los Angeles and the Ziegler School at AJU. He has served as an instructor in the Executive Master’s in Jewish Education program of HUC. For 18 years, he taught and developed curriculum in Jewish Law and Ethics at Milken Community Schools, where he coached the school’s prize-winning Moot Beit Din team. A native of Philadelphia, Rabbi Scheindlin graduated summa cum laude from La Salle University in that city. He received an M.A. and ordination as a Rabbi from the Jewish Theological Seminary of America in 1986. He worked in several synagogues and in Jewish education in the East before moving to Los Angeles in 2001.

His Textbook of Jewish Family Ethics will be published by Jewish Publication Society/University of Nebraska Press next year. The material we will discuss at November 23’s Lunch and Learn comes from the book’s chapter on Medical Ethics at the End of Life.