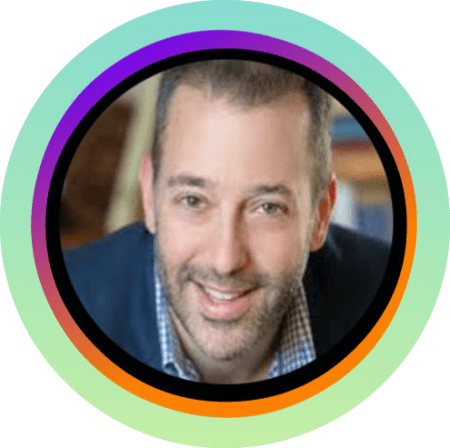 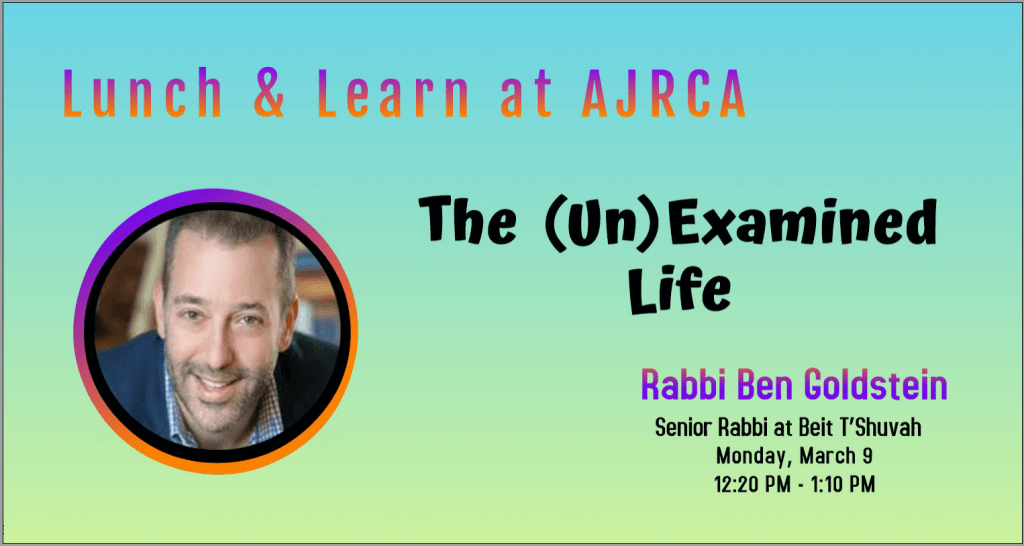 Join us on Monday, March 9th at 12:10pm PT for “The (Un)Examined Life” with Rabbi Ben Goldstein.Please RSVP to efriedman@ajrca.edu.

Parking is available in UCLA Lot #2 at Westholme and Hilgard Avenues and costs $6.00 for 2 hours.

A graduate of Boston University, Rabbi Goldstein received his ordination from the Ziegler School for Rabbinic studies in Los Angeles in 2010. Rabbi Goldstein has worked in the Jewish nonprofit world for the past 20 years as a youth director, a museum educator, a counselor in various camps as well as a Hebrew school teacher. His most formative experience came thirteen years ago when he served as a spiritual counselor at Beit T’Shuvah.

Rabbi Goldstein lives in Los Angeles with his three children and enjoys sports, theater, golf and rediscovering all the great things the Los Angeles area has to offer.