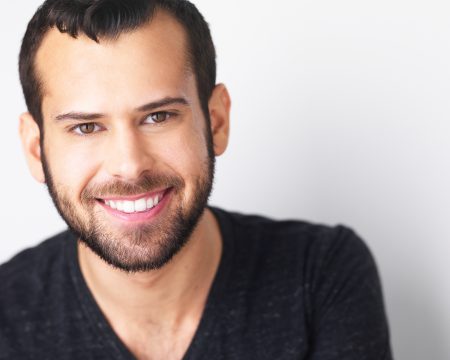 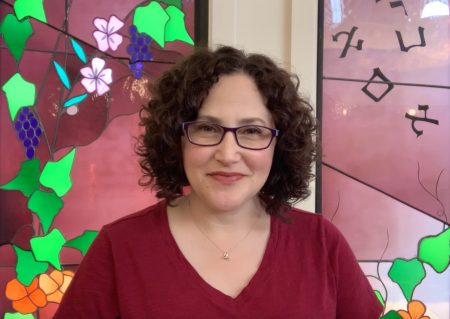 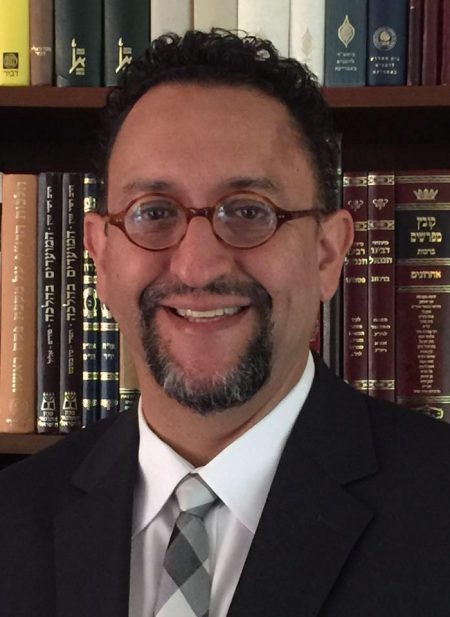 With the start of the 2021-22 school year upon us, we are highlighting new and returning members of our faculty. Click here to see all of the posts in this series.

Today we’re talking with returning faculty member, Rabbi Daniel Bouskila, who will be teaching Intro to Rabbinic Literature and Talmud with Advanced Commentaries this fall.
END_OF_DOCUMENT_TOKEN_TO_BE_REPLACED 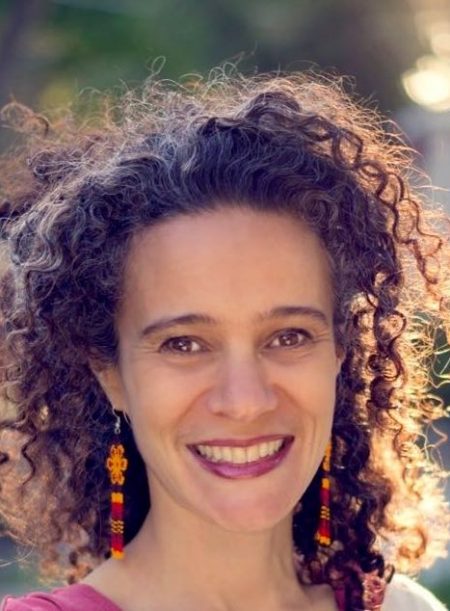 With the start of the 2021-22 school year upon us, we are highlighting members of the incoming class of students. Click here to see all of the posts in this series. 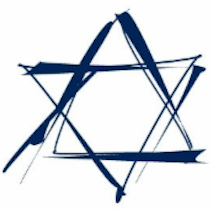 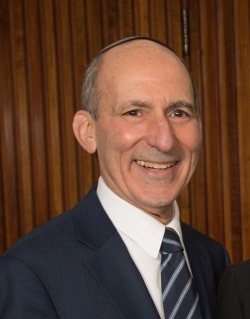 With the start of the 2021-22 school year upon us, we are highlighting new and returning members of our faculty who will be with us this semester. Click here to see all of the posts in this series. 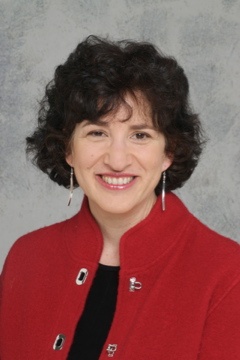 With the start of the 2021-22 school year upon us, we are highlighting new members of our faculty that are visiting us this semester. Click here to see all of the posts in this series. 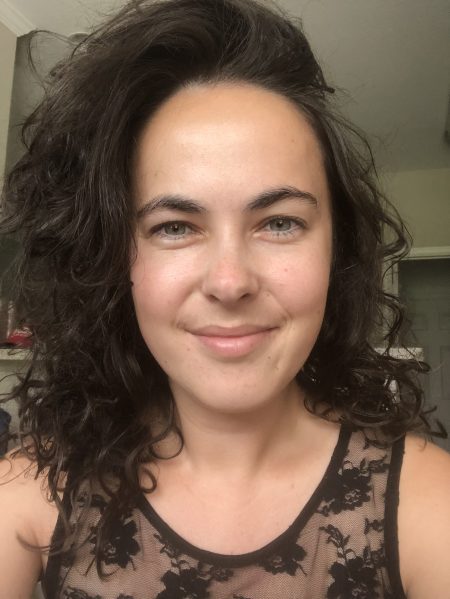 With the start of the 2021-22 school year upon us, we are highlighting new members of our faculty who will be visiting us this semester. Click here to see all of the posts in this series.

The Academy for Jewish Religion California (AJRCA) announced today that both its Rabbinic and Cantorial schools will have new deans when the 2021-22 school year begins on August 1, 2021. After being on faculty since 2018, Rabbi Dr. Tal Sessler has been named Dean of the Rabbinic School. Long time faculty member, and recent AJRCA rabbinic graduate, Rabbi Cantor Sam Radwine is the new Dean of the Cantorial School. Both were selected by Academy leadership and confirmed by the organization’s Board of Directors earlier this year.

“We are overjoyed that both Tal and Sam are joining our administration and will be leading our two largest academic programs,” said Rabbi Mel Gottlieb, PhD, AJRCA’s President. “To have two people of such high character, wonderful practical experience and an intimate knowledge of what this institution stands for, be able to step into these roles is a tremendous coup for AJRCA. We’re all excited for them to build on the Academy’s success over the past two decades.”

Rabbi Dr. Sessler joins AJRCA from Sephardic Temple Tifereth Israel, the largest Sephardic synagogue in California, and one of the largest in the country, where he served as Senior Rabbi for the last nine years.

He assumes the Deanship from Rabbi Mel Gottlieb, PhD, AJRCA’s President, who has been serving as interim Dean of the school. Sessler will build on the success of the Academy’s distinguished Rabbinic program by providing vision and strategic direction. He will also continue to teach Jewish Philosophy courses and advise students in the rabbinic program.

“Rabbi Jonathan Sacks of righteous memory encouraged me to seek out a position of impact rather than power, in the Jewish world,” said Sessler. “By becoming part of the team at AJRCA, I feel fortunate to play a meaningful role in the cultivation of a new generation of spiritual leaders in the North American Jewish landscape, on the West Coast, and well beyond. AJRCA is a warm and groundbreaking spiritual, caring and moral community. I feel truly blessed and privileged to be part of it as Dean and faculty member.”

Rabbi Dr. Sessler was born in Tel-Aviv, and educated in London, Paris and New York. He holds a doctorate in political philosophy from The New School, and a rabbinic ordination from the Jewish Theological Seminary.

Before joining the Sephardic Temple, he served as the Rabbi of Freehold Jewish Center in New Jersey, and earlier as the Rabbi of the Jewish Center of Forest Hills West in New York. He is also the author of four books in philosophy and contemporary Jewish identity.  Rabbi Sessler is married to Dr. Nina Sessler, a clinical psychologist, and they have two daughters.

“With a unique blend of practical experience, spirituality and a passion for making Torah relevant to life in the 21st century, Tal is the perfect fit to lead our Rabbinic School,” said Rabbi Gottlieb. “Having lived, studied and worked in different parts of the US and in multiple countries around the world, Tal brings a unique, multi-dimensional perspective to the Academy.”

Rabbi Cantor Radwine joins AJRCA from Congregation Etz Chaim of Northwest Arkansas, where he has been the Spiritual Leader since 2017. He has also been a member of the AJRCA Faculty since 2008. He assumes the Deanship from Interim Dean Cantor Perryne Anker, who will return to her previous role as the Cantorial School’s Associate Dean. The Academy’s Board and leadership are grateful to Cantor Anker for stepping into the Interim Dean role earlier this year.

“As incoming Dean of the Cantorial School, I am thrilled at the opportunity that has been placed before me,” said Radwine. “I have always been very proud to be on the AJRCA Faculty.  From the vision of our founders, and with the focused efforts of our Board, Administration, and Faculty, we have evolved into an institution, which, I believe, is on the cutting edge of educating Jewish communal professionals.  The students that we attract are talented, creative, and engaging; I consider it an honor to help them take the knowledge of our Cantorial tradition and make it vital for the synagogue of the 21st Century.”

Radwine was born and raised in Taylorville, Illinois and grew up in the Springfield, IL Jewish community. He is a graduate of the University of Illinois, Urbana-Champaign, where he majored in Instrumental Music Education. After several years in public school music education, he attended the Hebrew Union College-Jewish Institute of Religion, School of Sacred Music, in New York City, where he was ordained as a Cantor in 1981. After a student pulpit in Fair Lawn, New Jersey, he served the United Jewish Center of Danbury, CT, as Cantor and Director of Education. Cantor Radwine came to California in 1986 where he served Congregation Ner Tamid of Rancho Palos Verdes until 2012, and continues as Cantor Emeritus.

Additionally, he has served on the faculty of Hebrew Union College/Los Angeles. Earlier this year, Cantor Radwine was ordained as a Rabbi from AJRCA. He is married to Wade Sisco and they are the proud parents of two very active pugs.

“Sam is an inspirational teacher and has educated, mentored and encouraged our students for more than a decade,” said Gottlieb. “He has a great belief in the importance of sustaining and elevating the Jewish community and the students who will become its leaders. He is highly respected by his fellow faculty members for his integrity, astute ideas and his wide-ranging experience.”

About the Academy for Jewish Religion California

For more than 20 years, the Academy for Jewish Religion California (AJRCA) has been dedicated to the training of rabbis, cantors, chaplains, and other Jewish community leaders in a supportive transdenominational environment. Its mission is to develop religious leaders, steeped in Torah wisdom and tradition, capable of transforming today’s Jewish communities into places where all Jews can grow toward spiritual wholeness and well-being. For more information, visit ajrca.edu. 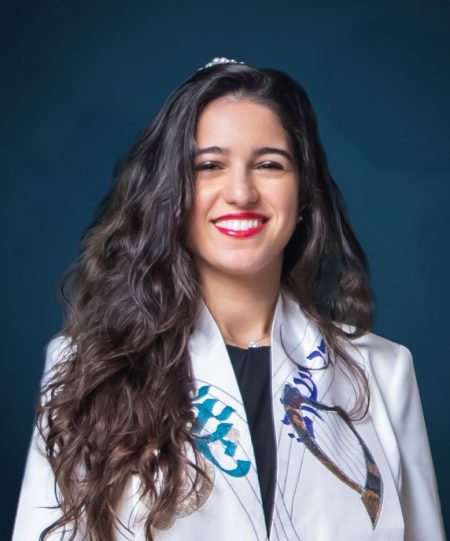 With our 2021 Ordination-Graduation ceremony approaching, we are highlighting members of the graduating class. Click here to see all of the posts in this series.